In: Uncategorized
With: 2 Comments

Thy Kingdom Come: The Prayer that Changes the World 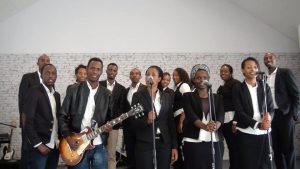 Pray then like this: “Our Father in heaven, hallowed be your name. Your kingdom come…” (Matthew 6:9-10).

Praying the Lord’s Prayer can be like chasing an armadillo. We all believe that the Lord wants us to pray it, but what if you really understood what you were praying? And what would you do if God began to answer your prayer?

To pray “Your kingdom come” is to be involved in a gospel conspiracy to take over the world! It is a prayer that changes the make-up of the cosmos, beginning from your very heart and moving out in space and time to everything under creation. Are you really ready for that?

Here are eight biblical truths about the kingdom of God as it is revealed in Scripture and eight ways that this prayer changes our world.

The Kingdom of God Is Divine

The kingdom of God is the reign of God.

The word for kingdom is taken from basileia, the word for king, and simply means “the reign of the king.” It means all of the territory of His realm.

The king is God; His territory includes the whole cosmos. But the question of the ages is this: Is your life part of the territory of the reign of this King? It is important to remember that the kingdom of God did not start with Jesus’ appearance; it just made a giant leap forward. The kingdom of God has always been. God has always been on the throne.

“The Lord has established his throne in the heavens, and his kingdom rules over all” (Psalms 103:19).

God ruled through creation. The heavens obeyed Him, even when man did not. The beasts of the earth, the winds and waves and the heavenly bodies obeyed Him.

God ruled through providence. God was working all things together for our good and especially preparing a people, the Hebrews, to bring forth Messiah for the world.

The person who prays “Your kingdom come” is surrendering his will to the reign of God in his life.

This prayer changes the world through a conviction that God must be glorified in your heart and in the hearts of others.

The Kingdom of God Is Messianic

The kingdom of God is disclosed to man through Jesus Christ.

In Jesus, the plan of God is disclosed to us personally. In Jesus, our King has come. He is here.

Every person healed, every demon cast out, every word spoken to sinners was an advancement of the kingdom of God in the world. On the cross, Jesus, the Son of God, shed His blood for His people — all of those who would ever trust in Him — and on the morning of the first day of the week, Jesus arose and the King inaugurated a resurrection that would extend to all of His people. At the ascension, our King ascended, and we are told that He ever lives to intercede for us.

At Pentecost, the people of God were supernaturally empowered by Jesus to move across the earth and pour out the gospel of Jesus Christ on those frozen in their sins. Today as a Sunday school teacher put her arm around a 6-year-old and spoke to her of Christ, this prayer was being answered! Tonight our Youth Pastor will speak the

Word of God into the heart of an adolescent, and the kingdom of God will come to that young man or woman. Tomorrow a banker will pray for a client before they meet, a little league coach will encourage a fledgling 12-year-old baseball player on how to catch a hot grounder and then share that Christ the Lord will help him and someone will touch the hand of an aged woman and tell her that God loves her. In each of these ways, the kingdom will come.

If you pray “Your kingdom come,” you are inviting the King, Jesus Christ, to move into your life and the lives of others and breathe His Holy Spirit into you and them.

You are praying for new life and eternal life. This is how this prayer is changing the world.

The Kingdom of God Is Revolutionary

The kingdom of God comes from inside out.

It is no wonder that people are still confused about the kingdom of God today, for so they were when He came.

Did you hear that? Jesus said that “the kingdom of God is within you.” It is not a physical kingdom first. It is not about land or armies or money or earthly power. In fact, the King of this Kingdom won victory on a cross. Some of the greatest subjects of the Kingdom have been killed for their faith in this King, and today many of them look old and weak and small in the eyes of the world. The Kingdom starts within you and grows out from there.

And so it is with the kingdom of God. The world was in darkness, and Satan ruled the world. But at the cross Jesus, through His sacrifice, through His resurrection, through the empowering of His people, lit a candle that could never be put out. It was over. How will America be won to Christ? Or India? Or the Middle East? Or China? From the inside out. One person, then a hundred, then a million, all saying in their hearts, “It’s over; our God reigns.”

This is how this prayer changes the world.

The Kingdom of God Is Opposed

There are two kingdoms at work in the world.

Paul wrote, “For we do not wrestle against flesh and blood, but against the rulers, against the authorities, against the cosmic powers over this present darkness, against the spiritual forces of evil in the heavenly places” (Ephesians 6:12).

Lucifer is said to be the ruler of this world. We are not saying that Christ is not King of kings and Lord of lords or that His sovereignty is in any way diminished. We are only admitting that there is another kingdom. In The City of God, St. Augustine wrote that there are two cities — the city of God and the city of man — and they are at war with each other. Ever since Lucifer brought his diabolical schemes into humanity, it has been evident that there is a struggle.